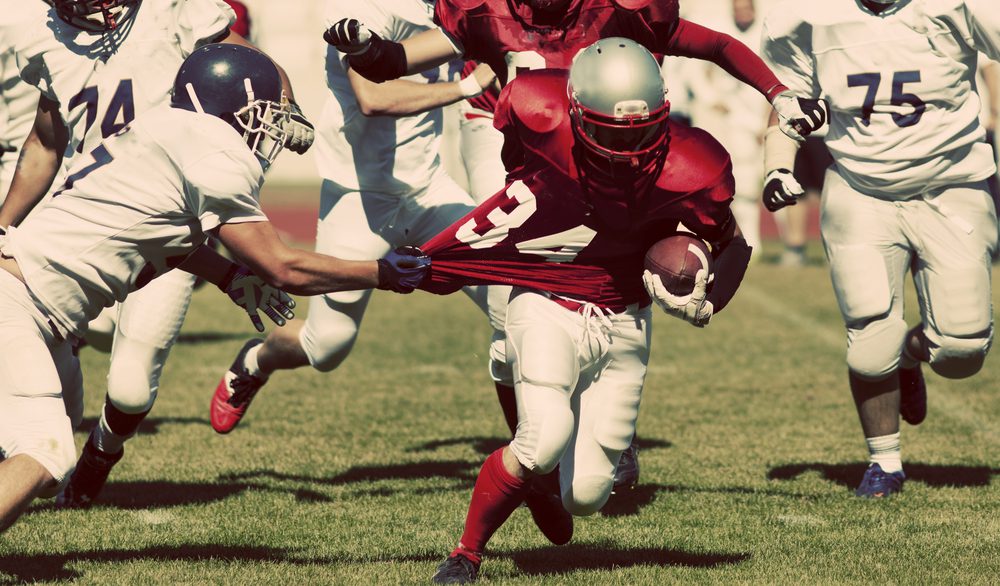 It takes more than money to win national championships, including dedication, determination, and hard work. While financial resources are important, they are not the only thing that matters.

If name, image, and likeness benefits were directly tied to wins, Miami could just about guarantee themselves a spot in the NCAA playoffs. Texas A&M would be close, at least according to Nick Saban’s off-season estimation. Texas would truly be back.

As the world of college football continues to evolve, one thing remains clear: performance on the field still matters. In an era where the sport is increasingly becoming more commercialized, we must not forget the importance of athletes’ performance. With so much at stake, both financially and competitively, it is more important than ever that athletes give their all on the field.

No amount of financial investment can guarantee a successful college football team.

It is clear that money does not guarantee success in college football. Even with an $80 million coach and a billionaire NIL supporter, Miami still lost at home to Duke. Texas A&M, with its own multimillion-dollar coach, fell below .500 for the first time in five years. And Texas, with the best of everything, still struggles in areas it should not 13 years after its last championship appearance.

After the game, Cowboys defensive coordinator Derek Mason told The Oklahoman that he would go back to when he walked out of the building. “Ferraris and Lamborghinis aren’t what catches my eye,” said Mason. “Instead, it’s the Ford F-150s and Chevys that represent hardworking, blue-collar America.

In the 16 months since the implementation of NIL (name, image, and likeness) rules in college football, the sport has largely maintained its status as the main attraction. To date, no one has called out Alabama quarterback Bryce Young for any of his incompletions despite his $2 million NIL valuation, although a Heisman and National Championship might be the reason for that.

Saturdays are for college football fans to come together and support their team. However, lately, there has been a lot of discussion about how much money players should be getting paid. While only a small number of players will see any significant money from their NIL, all of them will still play for the good ol’ State U.

As young adults enter into a new age of financial freedom, they may be forgetting an important piece of the puzzle: these are 18- to 22-year-olds whose bodies, brains, and talents are still developing. This unpredictability can have a significant impact on what happens on the field. Ultimately, it is up to them to decide.

The NCAA’s decision to allow players to profit from their names, images, and likenesses is a step in the right direction. However, there is still more work to be done in order to level the playing field for all athletes. NIL simply is part of the game, and players have been making money in an NCAA-legal way for years.

It has been a rough few years for Miami and Texas A&M. Both teams are currently 3-4, with losses to Middle Tennessee and Appalachian State, respectively. This is the third time in four years that Miami has had a losing record, and Texas A&M has not been above .500 since 2017.

Things looked promising for both teams at the start of the season. Miami had adopted an all-in philosophy after years of irrelevance, while Texas A&M had the No. 1 recruiting class of all-time joining this offseason. However, things have not gone as planned. Miami has turned the ball over eight times in their last game, the most by any Power Five team in college football in 13 years.

Although they have some of the richest athletic departments in the country, the Longhorns committed eight pre-snap penalties and four pass interference infractions that gave the game away to Oklahoma State.

“We’ve gotten a great return on investment from our vantage point,” said Ruiz, that Miami billionaire booster who became the face of NIL extravagance. “We’ve been to capitalize on it from a business perspective.”

The Miami Hurricanes got stomped in their game against Duke University, and it was more telling that backup quarterback Jake Garcia accounted for five of the eight turnovers than the fact that he has a two-year NIL contract with Ruiz worth $145,000.

“I knew we had to rebuild a lot because, frankly, I had visually seen a lot of the players and they were undersized linemen,” Ruiz added. “Just a total revamp. I think Mario did a really good job bringing in the transfer kids, [but] it’s a lot to ask.”

Ruiz’s businesses are expanding, and he is taking advantage of every opportunity to promote them. This includes using players to promote his LifeWallet and Cigarette Racing Team businesses. There is no stopping him from continuing to grow his empire.

“We still have a competitive advantage over everybody else,” he said.

Just don’t ask about football — yet.

In the world of college football, there is a gray area that has never been experienced before. Players have been compensated for years, but now there is a new level of compensation that some schools are offering. One Power Five athletic director told CBS Sports that some of his school’s football players make the equivalent of a $54,000-a-year job. Minus taxes, that comes to $42,000 free and clear for those athletes. This includes scholarship checks, an off-campus housing allowance, cost of attendance, federal Pell Grants, and Alston benefits.

Coaches are always trying to find the perfect balance between their team’s locker room and the opponents they face. It’s a difficult task that often requires them to be both professional and amateurish.

In Fort Worth, Texas, there is more to life than just college football. Despite being a top-10-ranked team with an undefeated record, TCU is not defined by its athletics. Instead, Google “NIL” and “TCU” and you’ll find that this school is known for its academic excellence.

Dykes is the son of legendary Texas Tech coach Spike Dykes. He was a two-sport star in high school, excelling in both baseball and football. After college, he followed in his father’s footsteps and became a college football coach. He was the first coach since 1984 to win 10 games at SMU.

Max Duggan has been leading the Big 12 in touchdown passes (19) since starter Chandler Morris went down early this season. With Dykes at the helm, Texas now has the best coach and the best program in the state.

“College football is a funny thing,” said Dykes. “You’re going to see places that emphasize culture and recruiting people who love football getting rewarded. It’s like cars – everybody likes a nice car, but it means more to some people than others.”

Dorian Thompson-Robinson, the quarterback for UCLA, took his teammates on a preseason cruise in the Pacific Ocean. He rented out a boat that came complete with food.

Quarterback Kenny Pickett of the Pittsburgh Steelers had a deal with a local restaurant last season that allowed him to feed his offensive line for free. Many other players have donated their earnings to charitable causes, using their platform to give back to those in need.

Hendon Hooker arrived in Knoxville five months before NIL (name, image, and likeness) started. He took the long road to stardom after being recruited by coach Josh Heupel. Hooker is now leading the Heisman Trophy race (according to some) because of the work he put in. The quarterback has his NIL opportunities that include writing a Christian book for children with his brother.

In other news, Wake Forest has been ranked in the top 10 for consecutive seasons for the first time in its history. This is a huge accomplishment for the small college! Additionally, Tulane is ranked for the first time since 1998 as the top Group of Five program more than midway through the season. This just goes to show that hard work and dedication pay off!

“It’s hard to find something that hasn’t been discovered in so long,” said Illinois coach Bret Bielema.

Under Bielema’s guidance, Illinois football is finally starting to see some success. With a record of 6-1 and a ranking of 17th, the team is in a good position to win the Big Ten West title. This is a much-needed turnaround for a program that has been struggling for several years.

Bielema coached Wisconsin to three Rose Bowls from 2006 to 2012, winning the Big Ten title along the way. He then left for Arkansas to take on a new challenge but was fired five years later after going 29-34 with the Razorbacks. This was the first time he had ever been fired from a coaching job.

“The thing I learned at that moment was sometimes things are out of your control, if the powers that be want to make a decision,” Bielema said.

He was drafted by the New England Patriots in the third round of the NFL Draft and spent three years with the team. He was then released and picked up by another Big Ten school.

Bielema, a native of Illinois and former player and coach at Iowa and Wisconsin, would be eligible to serve as conference commissioner should he take a job at another Big Ten school. Recently, one of his players mistook an Iowa tattoo Bielema got during his time as a defensive lineman for the Illini logo.

“We took a little ambidextrous approach to that tattoo. Now, it’s a little more Illinois-related,” Bielema said. “I did it when I was 19. I didn’t know I was going to be the head coach at Illinois.”

In a time when so many companies are struggling to earn any money at all, it’s impressive that three players from last year’s 5-7 Illinois team have made it to NFL camps as free agents. All three of them made their respective 53-man rosters, which is no small feat.

“All my years as a coach, I don’t know if I’ve had that,” Bielema said. “To have three in one year. I think it was because of what we taught trained and developed. … There’s a lot of guys with that little extra time who have been able to take their game to a different level if they’re in the right environment.” 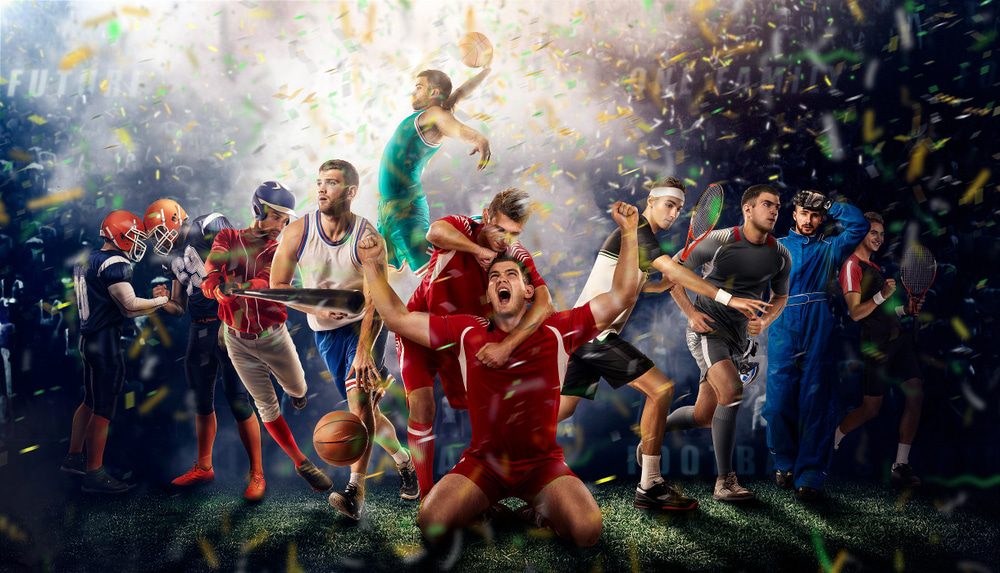